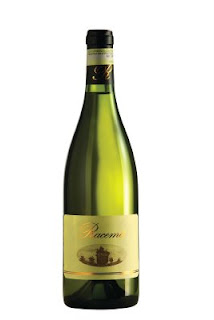 Lazio, also known as Latium in Latin, was the cradle of Rome and the Roman Empire. The ancient local dialect spoken in this area became the basis for the Latin language.

Lazio is a large area located south of Rome that consisted originally of the coastal plain from the mouth of the Tiber river to the Circeian promontory (better known as Monte Circeo, located on the coast about 100km south of Rome), and its adjacent foothills, facing the Tyrrhenian Sea and more specifically the Gulf of Gaeta, south-central-western part of Italy.

The main activities and population of the area resides around Rome, the rest of the region (to the south) consists of plains and hills with a few mountains creating beautiful landscapes and ideal condition for grape growing and other crops. The Vatican and the town of Rome, Italy's capital, play an important political, economical and social role in the region.

In the heart of Italy and along the Tyrrhenian Sea, and being so close from Rome, Frascati's wines were already known and enjoyed by the Consuls, Senators, Emperors, Bishops and other privileged inhabitants of the ancient Rome. As of today, Frascati's wines still benefit a great recognition from the tourists and other visitors due to their location. Lazio is the center of the Italian political life with the presence of the government and Parliament, and the Vatican represents the Catholic world center. Rome and the region of Lazio are also part of Italy's favorite destinations for the innumerable monuments, ruins and remains, of the Roman civilization and, along the northern Tuscan border, of the Etruscan civilization.

Frascati DOC is a small yet worldly renowned appellation located southeast of Rome and roughly starting near the southeastern suburb area surrounding the Roman capital. The town of Frascati is located on the hills surrounding Rome, only a few kilometers south of the Capital, following the Via Tuscolana. Although red production exists in Lazio, Frascati DOC only produces whites, still and sparkling, made principally from Trebbiano and Malvaisia and their many forms (at least 50% and up of the blend).

Trebbiano, also known as Uny Blanc in France, is one the most common white variety in Italy, grown almost everywhere but particularly better adapted in the central regions. It has several sub-varieties, or clones, of which Trebbiano Toscano is probably the most planted; other clones include Trebbiano di Romagna, Trebbiano d'Abruzzo (which might actually be Bombino Bianco), Trebbiano Giallo, Trebbiano di Soave, and the relatively fine Procanico. In one form or another, it's the backbone of several classic Italian white wines, such as Frascati, when blended with Malvasia.

Malvasia, a popular Mediterranean white grape, also has its many sub-varieties, or clones, like Mavasia (Bianca di Candia), Malvasia (Greca), Malvasia del Lazio (Puntinata). All Malvaisia can be blended with Trebbiano, the choice depends on the producer and the desired style he wants to achieve in his wine.

Azienda Agricolla L'Olivella
Azienda Agricolla L'Olivella was founded in 1986 thanks to the intuition of Umberto Notarnicola, an expert winegrower from Apulia, and Bruno Violo, a determined oenologist from Piedmont, both in love with the Latium region. Thus, compared to other long established wineries in this region, L'olivella seems to be a young and dynamic wine estate and farm, yet it demonstrates strong ties with the local culture and tradition, while combining them with newer innovative techniques. Since 2003, L'Olivella has followed organic regulations both in the 12 hectares of vineyards and in the 30 hectares of olive groves.

L'Olivella "Racemo" Frascati Superiore is a blend of 50 % Malvasia Puntinata del Lazio, 20% Malvasia di Candia, 10% Bellone, 10% Trebbiano Giallo and 10% Trebbiano Toscano. The grapes are from vineyards planted on volcanic soil, with great south exposure, rich in Potassium, phosphor, calcium and magnesium, conferring great complexity, balance and minerality to the wine. After harvest the grapes underwent a Criomaceration (after destemming, whole grapes are cold-macerated for a short period of time, 10-12 hours), performed to concentrate and enhanced the primary flavors of the grape varieties. The wine must was then fermented in small stainless steel tanks to preserve freshness and aromas, and insure a better control and quality of the final product.

The 2007 L'Olivella Racemo Frascati Superiore is a great summer white. It has a light, super clear, pale yellow color. Fresh and floral on the nose, it expresses aromas of white flowers, white fruit, citrus peel and a slight nutty touch of fresh almond. The attack is light, refreshing and expands nicely into a somewhat restraint yet juicy mid-palate with flavors of white peach and fresh almond mixed with zesty acidity, which keeps the wine in focus. A bit short in the finish, I need to admit, and its restraint attitude could have used a bit more fruit flesh (body and volume).

Overall, it think that it is a great sipping wine, a bit light may be, but I still like it. Fresh, cleansing, mineral, zesty, fragrant and nutty, do not think too much about it, just enjoy it.

Picture yourself drinking a glass of this Frascati by a beautiful warm summer day, during a picnic, or a late afternoon aperitif with friends, or even better, admiring the view from on a terrace or balcony at the winery overlooking the vineyards and the city of Rome from the hills of Frascati.... suddenly that wine tastes even better... isn't it?

Info partly taken from the winery website at www.olivella.it

Step into the Green! Drink more Bio and Organic wines (and food) from sustainable culture and respect the environment!
Posted by LeDomduVin at 11:11 PM