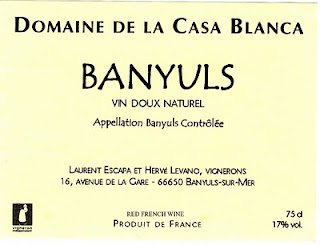 Roussillon
Often people speak about Languedoc-Roussillon as a whole region, and although they touch each other, both regions are very distinct and somewhat very different.

In fact, Roussillon has always been assimilated to Languedoc and swallowed into its reputation, due to its small size and low-key profile, yet it should be more recognized for the quality of its wines and the beauty of its landscapes, but remains one of the most underrated and fairly unknown French wine regions.

Not to be mistaken with the Languedoc’s little village of the same name nestled in the Vaucluse département, Roussillon (also called Rosseló in Catalan) is one of the historical regions of the former “Principality of Catalonia”. It corresponds to the most southern French département (or district) called Pyrénées Orientales (eastern Pyrénées), bordering the northeastern part of Spain and consequently the "Empordà" Spanish wine region. The Catalan speaking community also locally nicknames the region of Roussillon, as French Catalonia (in France) or Northern Catalonia (in Spain).

Most of the agricultural and touristic activities of the area converge toward the region’s capital, Perpignan, an ancient commercial port turned into a cozy city by the Sea. From west to east, the region consists of the eastern Pyrénées foothills gradually plunging in the Mediterranean Sea; offering beautiful, sunbathed, arid hilly landscapes, constantly influenced by the rough, dry, sunny climate, barely tempered by the cooler breeze of the Sea.

Understandably, the region also encompasses many types of soils and more especially many micro-climates, cooler in the mountain foothills and warmer toward the Sea. The overall climate is obviously influenced by the Mediterranée, but also by the Tramontane, a strong, dry cold wind coming from the northwest, which accelerates as it passes between the Pyrénees and the Massif Central before reaching the lower western Languedoc and the Roussillon, then Spain’s Catalonia and Balearic Islands.

From the hills of Corbières (north of the region) to the Pyrénées Mountains (to the west), Roussillon is surely one of the sunniest regions in France. The climate, the history and the traditions of Roussillon make it more similar to Spain than Languedoc. Somehow, even to this day, Roussillon has yet to find its true identity between France and Spain, but logically and proudly claims its Catalan origin before all.

Carignan is the most widely planted grape variety in Roussillon. A local grape called Lladoner Pelut is also used in small quantity along with the more recognized Cinsault, Grenache, Syrah and Mourvèdre. Red(s) wines are generally rich, expressive, earthy, more or less spicy and medium to full-bodied. Rosé(s) are usually ripe and fruity. White wines are mostly made with Macabeu (also known as Maccabéo), Grenache Blanc and local Malvoisie. All three types of wine are ideal for the Mediterranean cuisine prepared with a twist of Spanish-Catalan flavors.

Roussillon encompasses a few appellations:
Grand Roussillon covers about 89 villages, but doesn’t include the sweet wines from Banyuls, Rivesaltes and Maury, neither the dry red from Collioure, which have their own specific and respective appellation due to the recognized higher quality of the produced wines and the particularities and characteristics of the Terroir within each of these 4 appellations.

Overall, Roussillon is without doubt a very interesting region that is more reputed for both its red and white sweet wines, rather than for its rich, earthy dry reds and few whites. For the sweet wines, the grapes most predominately used are Muscat Blanc, Muscat Romain and Grenache for sweet white(s); and Grenache, Carignan, Cinsault and Lista for sweet red(s).

We could also talk about Maury, which produced some of the most exquisite sweet wines of the area; however, for today’s post, I will only bring your attention to two small fisherman villages, Banyuls and Collioure, located near the border of Spain, roughly touching the northern part of the Empordà, the wine region in the extreme northwestern part of Spain.

Banyuls and Collioure
Located south of Perpignan, at the bottom east of the Roussillon region, on the hilly scenic route between Argelès-sur-Mer and Cerbère (the most southern village of France), Banyuls and Collioure are two Appellations (AOC), which share the same geographical region, yet produce totally different wines. Yet both present the same attractive features of being quaint, remote, fisherman villages with incredible points of view overlooking the Mediterranée, surrounded by amazing, wild rocky landscapes, more especially Banyuls (which is worth visiting during mid-season, because it is dead in winter and annoyingly pack during in summer.)

Collioure produces small quantities of dry, rich reds that are often difficult to find in the US, due to small demand and lack of promotion. Yet if you can find one, you should try it for your own knowledge and personal experience. The one from Domaine de la Casa Blanca is very nice.

Banyuls is better known and usually more available in the US, although, here again, production is very limited and prices can go quite high depending on the producer (or winery). For example, "Domaine de la Casa Blanca Banyuls" is often twice less expensive on the shelves than "Cave de l'Abbé Rous "Helyos" Banyuls", which also happened to be another one of my favorite producers of the area.

For both appellations, the vines grow on terraced, schist stones hillside vineyards located in this particularly mountainous region flanked against the Mediterranean Sea near the Spanish border. The steep slopes and very poor, shallow soils combined with constantly buffeting winds off the sea and the mountains make grape production difficult but yield great wines. The vines grow low to the ground, usually forming a bush in order to protect the grape from the heat during the day, and each vine must be individually planted, tended and harvested by hand. Yields are astonishingly low, at most 20 HL/HA, some of the lowest in France, which explain the limited production.

These factors create optimal conditions for producing concentrated grapes, bursting with sugar, and balanced with acidity. The land suitable for growing vines is rather small: 1400 ha for Banyuls and a mere 400 ha for Collioure. For these reasons, the sweet red wines of Banyuls and the dry, concentrated red wines of Collioure are some of France’s finest and most sought after appellations.

Founded around 1870 in the village of Banyuls-sur-Mer, Domaine de la Casa Blanca is located in what is locally known as the “Côte Vermeille”, about 40 kilometers south of Perpignan.

Two partners, Alain Soufflet and Laurent Escapa, originally owned Domaine de la Casa Blanca. The domaine was in Alain’s family since 1883. Prior to 1983 his family sold grapes and wine to a Négociant. Alain began working the family domaine around 1983, and in 1989 he bottled the first vintage under his own label, Domaine de la Casa Blanca. Just recently, Alain retired and sold his share of the business to Hervé Levano who has worked closely with him at the winery for over five years (before Alain’s retirement). Up to the 2003 vintage, wines were still labeled with Alain Soufflet and Laurent Escapa as vignerons. However, all other vintages since 2003 have been labeled with the names Hervé Levano and Laurent Escapa.

Consisting of 10 hectares of carefully tended vines ranging in age from 70 to 100 years, this family domain is run by Herve Levano and vineyard manager Laurent Escapa. Their goal is to craft generous, intense, flavorful wines that reflect the uniqueness of the Terroir and the character of the poor schist soils, by combining the best of traditional wood ageing methods, with innovative modern techniques involving a few temperature controlled vats. Their winery is in a small garage in the middle of the village of Banyuls, therefore all the action occurs in the vineyards which they work with their mule PomPom.

They produce earthy, Terroir oriented dry (Collioure) and sweet (Banyuls) red wines that have received numerous awards and recognitions from the international press and critics. Once used, chemicals, herbicides and artificial fertilizers were slowly replaced by natural compost and use of organic matters since 1989. Work is is conducted in the cellar and more importantly in the vineyards under sustainable and organic non-certified but rather adapted methods, to craft the most expressive and natural wines possible.

Banyuls is a natural sweet red wine (VDN: Vin Doux Naturel) made in the style of a Vintage Port, emphasizing the fresh fruit flavors in youth and meant for long aging. This type of Banyuls is called Rimage in the local Catalan dialect (meaning fruity). Made predominantely from Grenache Noir, the grapes macerate for 2 weeks after the mutage (addition of grape spirits to stop fermentation). The wine then ages in Bordeaux (225l) and other size Barrels or "Fûts" (400 to 600l) for 12 months, which is unusual in this appellation and perhaps the secret of the great success of this domain's wine. The result is a deep, intense wine with layers of flavors, ranging from cooked plums and dark berry fruits to chocolate and spice. The finish is long, lingering and clean.

Collioure is a dry red wine made from a blend of Grenache Noir, Syrah, Mourvedre and Carignan. Small yields and old vines bring out the essence of these varietals while aging in oak casks adds roundness to the wines. The bouquet is immediately attractive, like a bowl of freshly crushed raspberries. The palate is very concentrated berry fruit with a velvety texture due to the ripe, mature tannins. A deep, complex wine.

I personally tasted this Domaine for the first time about 6-7 years ago, and I have always been impressed by the quality and consistency of their Banyuls, one vintage after another. The 2005 vintage is no exception to the rule.

Made from roughly from 80% Grenache Noir and 20% Grenache Gris from old vines of about 80 years of age, this Banyuls is of Rimage type (meaning fruity). The grapes were pressed and alcohol added to the must in order to stop the fermentation. This method produces a “Vin Doux Naturel”, a wine with natural residual sugar. The wine then underwent a 15-day maceration for maximum extraction. After the maceration, the wine was then aged for 12 months in older French oak barrels of 400L and 600L size "fûts".

The 2005 Domaine de la Casa Blanca Banyuls presents a dark, intense ruby color with light brick reflects. The nose is very expressive with ripe cherry, raspberry, and prune in their eau de vie with earthy, warm, spicy notes. The palate is surprisingly balanced and not overly sweet, at least not syrupy or too thick like a Maury or a Pedro Ximenez could be. It is rather complex and rich, yet soft, well rounded and harmonious with dark cherry and raspberry fruit flavors intermingled with notes of minerals, earth, cocoa and liquorice complemented by spicy, integrated oak hints. The finish is long, inviting and fresh with the same ripe wild berries taste, and a very good tannic structure with good ageing potential.

People often say that it could last for 15-20 years a least, I will say that it is already succulent now as it is after decantation, yet it will definitely nicely evolve and settle down over the next 5-6 years. Great as an aperitif or a digestif, room temperature or slightly cool (but not cold), it will be ideal with chocolate, dark and red berry tart or cake, like a Clafouti, or even red berry sorbet. Perfect for Easter (or Pâques in French).

Step into the Green! Drink more Biodynamic and Organic wines (and food) from sustainable culture and respect the environment! Support the right causes for the Planet and all the people suffering all around the globe!
Posted by LeDomduVin at 2:46 PM