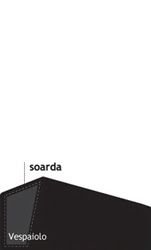 Fall is back!
September is usually the month were everything re-start after a bit more than 2 months of terribly slow business. Generally, each year, just after June 15th, when school is finished (or just about depending on the school and the state), and children and students go on vacation, New York suddenly feels empty and sales drop dramatically.

Parents usually also take their vacation at that moment too, therefore the big apple become a hive for tourists from around the world. Unfortunately for us, wine & spirits retailers, when the local crowd is gone, tourists rarely come and visit us. They more often drink beer during the day and wine in restaurants at night. Rare are the few ones who come to buy their alcoholic beverage in stores.

However, September always brings a renaissance to the sales and thus we are back in business; and it goes crescendo until the 1st of January. These 4 months are the best months for all wine & spirits retailers in general, they habitually represent about 2 third of the annual revenue.

All of us, wine buyers, are eager to once again restock the shelves to full capacity with handfuls of gems and new vintage freshly arrived in the market. It is time to find the right strategy to buy intelligently most of the wines and spirits that we will sell up until the end of the year and the beginning of the year after.

Rosé, light red and refreshing white season is slowly going into a dormant faze, so it is time to find slightly heavier and substantial red and white wines to accommodate the Fall-Winter season dishes. It is also time to preorder the Beaujolais Nouveau and the bubblies for the up-and-coming festivities.

Therefore, September and October become the open season for wine treasures hunt. The city offers at least 2 to 3 portfolio tastings a day without mentioning all the lunches and dinners (I’m not surprised knowing that over the past 8 years I’ve been working at least with more 250 different importing/distributing company. Most of these specific tastings are for the trade, but they are plenty more open to the public. For more info, go to www.localwineevents.com).

Consequently, I started to go to certain tastings (can’t do them all, even if I wanted to…) and begin to ponder my wish lists for wines that will arrive gradually at the store over the next two months.

One of these wines is a Vespaiolo from a winery called Contra’ Soarda, a great white from the Veneto region imported/distributed by Jan d’Amore, a great Italian guy with a small portfolio, full of gems at great prices, which is worth keeping an eye on.

2009 Contra’ Soarda Vespaiolo Veneto Italy
Thought many times over since 1999, fully developed during 2001 and finally established in 2002 by Mirco and Gloria Gottardi, Contra’ Soarda is a modern, small family run estate, which possesses about 12 hectares of vines that lie in the picturesque village of San Michele, located in the alp’s foothills about 5 kilometers of Bassano del Grappa (about 86 kilometers north-west of Venezia, Veneto).

Rich of skills, knowledge and traditions passed on from father to son for nearly a century in the Gottardi family, Mirco and Gloria Gottardi created the new project of “Contra’ Soarda” with the desire to create a deeper tie to their native land. Meaning literally “hamlet on the slope”, the winery grows vines and olive trees with the utmost respect for the environment of this mountainous area, which sits at the mouth of the Valsugana. The Valsugana valley is one of the most important valleys in the autonomous province of Trento (also called Trentino) of Northern Italy. The valley borders the northern part of the Veneto region with its imposing mountains, which provide strong temperature changes between night and day.

The vines are densely planted to insure naturally low yields. The cellar, built inside the hill to minimize any environmental impact, is an architectural wonder and recipient of many prizes. The only use natural and biologic techniques. The soil of stony volcanic composition brings a lot of depth and complexity to resulting but more importantly confers a lot of minerality. Focusing on the often-overlooked native grape, Vespaiolo, but not neglecting the varietals that have been planted in his region for centuries, like Marzemino. Mirco produces wines that are pure, elegant and harmonious.

The production which first started in 2004 is 75.000 bottles and four of their wines are available thru Jan d’Amore: 2009 Vespaiolo, Vespaiolo “vignasilan”, 2006 Torcolato Riserva, 2007 Marzemino “Gaggion”. And I tasted them all and love them all, although the 2009 Vespaiolo was my favorite of the bunch and after re-tasting of days ago, I can already tell you that it will surely be one of my favorite white of this coming Autumn.

Vespaiolo is a white grape variety planted primarily in the Veneto region. The grapes ripen to high sugar levels and are used to produce off dry and sweet wines with a characteristic golden hue. The name Vespaiola comes from “Vespa” and refers to the wasps that are attracted to the vines.

Made from 100% Vespaiolo vinified in 100% Stainless steel tanks, the 2009 vintage is such an inviting white. In the glass, it offers a pale straw yellow color with golden reflects and hints of green. The distinctive and perfumy nose boasts a medley of yellow stone fruit with aromas of white peach and apple intermingled with mineral and floral notes. The ripe 2009 vintage brought some opulence to this wine. The palate is fairly soft and rounded, clean and refreshing with lovely balance, great structure and depth. With flavors similar as the ones from the nose, the juicy mid-palate is complex and expanding with coating minerality and enhancing acidity towards the lingering finish. Overall, it is an excellent wine that I highly recommend. It has opened my Fall-Winter wine-buying season on a high quality note.

If I found the time, I will try soon to write another post following this one about the other 3 wines that I tasted from Contra’ Soarda but also on quite a few of the other wines that I have been trying over the last few days.

Step into the Green! Drink more Biodynamic, Biologique and Organic wines (and spirits and food) from sustainable culture and respect the environment! Support the right causes for the Planet and all the people suffering all around the globe! Also follow projects and products from the Fair Trade, an organized social movement and market-based approach that aims to help producers in developing countries obtain better trading conditions and promote sustainability. Also support 1% for the Planet, an alliance of businesses that donate at least 1% of their annual revenues to environmental organizations worldwide.
Posted by LeDomduVin at 2:12 AM

Email ThisBlogThis!Share to TwitterShare to FacebookShare to Pinterest
Labels: Italy, My favorite wines of the moment, Veneto, Vespaiolo, White