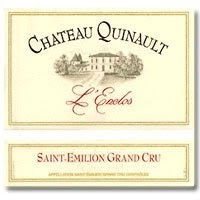 Château Quinault L’Enclos is a tiny Château and walled vineyard, thus its name “L’Enclos” (a walled and closed area) within the city of Libourne in an area that was once called “Sables Saint-Émilion”, a satellite appellation of Saint-Emilion up until 1973.

Bought by the negociant Baptiste Mons in 1930, the Château can be dated back to the 17th century. History facts somewhat prove that the Château may have been given its name after famous writer - Philippe Quinault (1635/1688), who was a very popular Parisian dramatist and librettist at that time.

Château Quinault has been among the pioneer “garagist “ wineries of the right bank. It quickly became a rising star with the arrival of new ownership and needed investments and techniques that tremendously improved the quality of this previously rather unknown estate.

The Raynauds made substantial investments to the estate while applying some techniques considered unorthodox to the winemaking. Michel Rolland and Denis Dubourdieu remained as consultant oenologists.

Producing Parkerized wines with fluctuating prices and always featured in the press for its rather blunt behavior compare to other Bordelais Chateau owners, Raynaud has long been recognized as a “Bordeaux maverick” generating tumultuous and controversial reactions in the wine press and the blinded world of the Négociants and other Châteaux owners.

By Fall 2008, Quinault was sold to Bernard Arnault, head of luxury goods empire LVMH (Louis Vuitton Moët Hennessy) and his associate Albert Frère, adding to their portfolio of Saint-Émilion properties including the illustrious Château Cheval Blanc.

The 1999 vintage was not the greatest in Bordeaux, often qualified as austere, with dry tannins, poor fruit and late blooming wines, it wasn’t promising at all. Yet some wineries like Quinault succeeded to produce a decent wine that received lot of press and quite enthusiastic notes and ratings. 10 years later this “garagist” wine is alive and kicking, a bit dry but showing decent fruit and acidity with interesting secondary and tertiary aromas and flavors. Interestingly enough, in my opinion, most 1999 right bank didn’t open for a long time, they were tight and lean at first then they went into a down phase after a short opening about 5 years ago, and reopened slowly about 2-3 years ago, and have been drinking beautifully for the past 2 years overall. Do not expect the drink the most fascinating wines, but for such a difficult vintage like 1999, some of this wines really developed nicely with time.

That is the case for 1999 Quinault L’Enclos, after a little needed decantation, it offered an interesting experience. Still quite dark in color, the nose is quite rich and aromatic with ripe dark plumy fruit mingled with earthy, smoky, forest floor and underbrush notes. Once dry and oaky, the wine is now finally more integrated and settled, showing smoky ripe dark fruit, plum and prune, with toasted, oaky and earthy hints. Although the tannins remain one of the main characteristics of the vintage and are still present in this wine, they nicely framed all the components and layers of this perfect companion for roasted leg of lamb and grilled rib eye steak.

Step into the Green! Drink more Biodynamic and Organic wine (and food) from sustainable culture and respect the environment! Support the right causes for the Planet and all the people suffering all around the globe!
Posted by LeDomduVin at 6:05 PM