Brooklyn: once again the Hub for New York distilleries, breweries and wineries 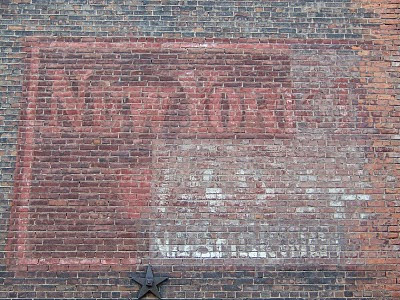 Winter is once again upon us. The weather is shifting with more rain, cooler temperatures and shorter days. Pullovers, jackets and longer, warmer coats resurface from the deep of our closets where they were resting for the past few months.

Walking down the streets of Brooklyn Heights to go to work, the scent and the colors of Halloween announce the real beginning of Fall and Winter seasons. Despite the warm smell of burning wood in the cheminées, Cinnamon and chocolate perfume the air, while a display of orange darkening into cacao brown colors adorn the façade of the brownstones and townhouses.

Brooklyn Heights is quiet and peaceful. And each morning is a real bliss to walk down these charming streets, which have more to do with a little village in the countryside rather than one of the richest neighborhoods of one of the most active and eccentric city in the world. That’s the magic of New York. Each district has its atmosphere and ambiance, its tunes, secrets and treasures for who is willing to pay attention and appreciate them.

The heights of Kings county throne like an old, yet wise and serene sovereign overlooking his young and somewhat undisciplined sibling that Manhattan is. And despite its bad and rough reputation, Brooklyn has become a hub for great inventive minds, energetic young entrepreneurs and daring artists. It is a borough of mixed traditions and culture, which combined old established family traditions and respect with outgoing attitude and desire to achieve better.

Brooklyn was an independent city until its consolidation with New York City in 1898, and continues to maintain a distinct culture, independent art scene, and unique architectural heritage. Many Brooklyn neighborhoods are ethnic enclaves where particular ethnic groups and cultures predominate.

The Dutch West India Company established the Village of Breuckelen, named for Breukelen in the province of Utrecht in the Netherlands, in 1646; it became the first true municipality in what is now New York State.

Over time, the name evolved from Breuckelen, to Brockland, to Brocklin, to Brookline, to Brookland and eventually, to Brooklyn. Kings County was one of the original counties, and Brooklyn was one of the original six towns within Kings County. The county was named in honor of King Charles II of England. Charles II (29 May 1630 OS – 6 February 1685 OS), the monarch of the three kingdoms of England, Scotland, and Ireland, consequently was surely a beer drinker and an Irish and Scottish Whisky amateur.

Today, with its many quaint places, lanes, terraces and quiet cul-de-sac, Brooklyn Heights in one of the most exclusive family-oriented neighborhoods in the city. And despite the fact that most of its main streets are filed with bars, clubs, small craftsman boutiques, eclectic food markets, modest factories and gourmet restaurants and much more; Brooklyn also encompasses wineries and breweries and distilleries lead by ingenious and creative people, which have for the past few years helped revived and reestablished Brooklyn needs to shine and demonstrate.

I could also talk about Brooklyn's music, musicians, artists, actors, writers, artisans, culture, art and more, but it will be too long of a post. Therefore I’m going to stick with things that we can drink as usual, and more especially Beers.

Fall and Winter are definitely great seasons to gather with friends or/and family around the table and show your culinary skills and wine knowledge. Yet beer isn’t a bad way to relax after a hard day at work or on a lazy weekend afternoon. It is refreshing and friendly too before getting to the more traditional food and wine match of Lunch or Dinner. 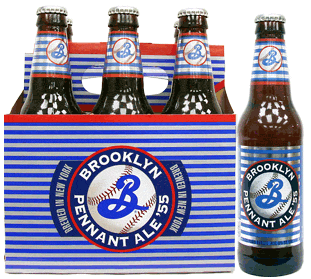 And I rarely talk about Beers which I love probably as much as wine and food, so yes, for once, I will not write pages about the subject; I will just write a few lines and then list some breweries rather than the usual wineries.

Beer is the world's most widely consumed and probably the oldest of alcoholic beverages; it is the third most popular drink overall, after water and tea. The brewing and fermentation of starches produces Beer, mainly derived from cereal grains, most commonly malted barley, although wheat, maize (corn), and rice are widely used. Most beer is flavored with hops, which add bitterness and act as a natural preservative, though other flavorings such as herbs or fruit may occasionally be included. Some of humanity's earliest known writings refer to the production and distribution of beer.

The basics of brewing beer are shared across national and cultural boundaries. Beers are commonly categorized into two main types—the globally popular pale lagers, and the regionally distinct ales, which are further categorized into other varieties such as pale ale, stout and brown ale. The strength of beer is usually around 4% to 6% alcohol by volume (abv) though may range from less than 1% abv, to over 20% abv in rare cases. Even non-alcoholic beers, like O'Doul's, are pretty good. When wine & spirits are not around, beers are definitely great substitutes.

From the late 17th century up until Prohibition, Brooklyn homed dozens of distilleries and breweries (and wineries), and Beer has always been, culturally and historically, part of Brooklyn. Although, Prohibition in America lasted from 1920 to 1933, Beer was already banned in 1919. 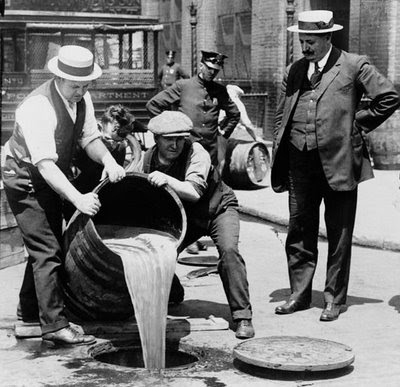 
After 1933, when the alcohol ban ended, small-scale booze-making facilities and other moonshine-spirits garage and basement-hideouts nearly disappeared. Yet, Brooklyn remained on the beer (and wine) map, thanks to irreducible (and incorruptible…) brands and freshly arrived new brewers, distillers and winemakers. In the last 10 years, these new comers completely revamped the image of Brooklyn beverage industry and restored its innovative notoriety in the New York alcohol scene.

Amongst just few others, Edible Brooklyn (www.ediblebrooklyn.com) is surely one of the best local magazines that will continually gives you update about what is happening in the food and beverage scene of Brooklyn, in a more organic and people oriented way.

However, here are a few very interesting addresses of pure local, Brooklyn but also New York, handcrafted beverages and places where you can even make your own cutting edge beer and wine. (Sorry, I won’t list any New York wineries; it will take too long.)


There are surely more places than the ones listed above, in any case, this is a very good start, and you can add more by writing comments to this post.

For Port wine lovers, I know that a few producers are trying to make some fortified wines in upstate New York. I'm sure we will hear from them too very soon.

Step into the Green! Drink more Biodynamic, Biologique and Organic wines (and spirits and food) from sustainable culture and respect the environment! Support the right causes for the Planet and all the people suffering all around the globe! Also follow projects and products from the Fair Trade, an organized social movement and market-based approach that aims to help producers in developing countries obtain better trading conditions and promote sustainability. Also support 1% for the Planet, an alliance of businesses that donate at least 1% of their annual revenues to environmental organizations worldwide.

Posted by LeDomduVin at 8:01 PM