African-American winemakers and vintners
Only fifty years ago, it would have been impossible to think that people of color, which constitute mostly and wrongfully depicted minorities, could find there way and acquire their rightful rights in a world conquered, dominated and ruled by white people. They were, and still are irrevocably, victims of outrageous stereotypes, suffered unjust segregation, oppression and severe discrimination, and abused of their civil rights up until the 70-80s.

However and fortunately, after more than 40 years of fighting for their rights, integration, acceptation and recognition, and thanks to many great personages along the way, like Martin Luther King, Jr. and more currently President Obama amongst many others, things have changed a little for the better. Today, amongst these minorities, it is important to note that more African-Americans can now have access and finally excel freely and rightfully in executive and determinant positions in our so called “civilized” society.

Like Martin Luther King, Jr. said it in his "I Have a Dream" speech at the March on Washington for Jobs and Freedom on August 28, 1963:

“I have a dream that my four children will one day live in a nation where they will not be judged by the color of their skin, but by the content of their character…" "...little black boys and black girls will be able to join hands with the little white boys and white girls as sisters and brothers. I have a dream today.”

The African-American society can be proud of what it has achieved in favor of all people of color in the United-States. The examples are endless and more African-Americans can everyday proudly rise and succeed, from Television, Radio, Music, Acting, Magazines, Art, Fashion, and all sort of other creative and executive jobs. Daily, they show their talents and prove that they are, if not equable for (still) way too many people, far better and high above than what they were wrongly and inappropriately depicted to be. They strived for years to finally gain the recognition they deserve. And that’s is a beautiful thing. It is the result of a fight that started nearly 500 years ago with the birth of the abolitionism.

Abolitionism was, and still is, a movement to end slavery. In Western Europe and the Americas abolitionism was a movement to end the slave trade and set slaves free. At the behest of Dominican priest Bartolomé de las Casas who was shocked at the treatment of natives in the New World, Spain enacted the first European law abolishing colonial slavery in 1542, although it was not to last (to 1545). In the 17th century, Quaker and evangelical religious groups condemned it as un-Christian; in the 18th century, rationalist thinkers of the Enlightenment criticized it for violating the rights of man. Though anti-slavery sentiments were widespread by the late 18th century, they had little immediate effect on the centers of slavery: the West Indies, South America, and the Southern United States.

The Somersett’s case in 1772 that emancipated slaves in England, helped launch the movement to abolish slavery. Pennsylvania passed An Act for the Gradual Abolition of Slavery in 1780. Britain banned the importation of African slaves in its colonies in 1807, and the United States followed in 1808. Britain abolished slavery throughout the British Empire with the Slavery Abolition Act 1833, the French colonies abolished it 15 years later, while slavery in the United States was abolished in 1865 with the 13th Amendment to the U.S. Constitution.

However, I can hear you asking: what this has to do with wine? Well, although, and unfortunately, if African-Americans have finally succeed to be represented in almost every kinds of jobs, even to this day, agricultural land owners in the United States are often long established families or corporate companies, both mostly white, and only a handful of African-Americans succeeded to enter this jealously guarded and, historically talking, awfully marked territory (especially in the south). Yet, they are present and proud, pioneers for new generations.

In the wine world, African-American owners, producers and winemakers are even fewer. Out of 900+ wineries in California, less than 10 are owned by African-American (as far as I could read in various articles). Therefore, they deserve our interest and attention. Yet, these very few producers experienced phenomenal growth across the nation, saleswise and recognition, since the beginning of this century, and should be mentioned more often by the regular and the wine press for the quality of the products they craft and their perseverance to pursue and realize their dream; to prove that there is room for everybody and that great winemaking, like anything else, isn’t a question of color, religion or race, but simply a matter of skill, experience, knowledge and savoir-faire with a little help from Mother Nature.

Also, it is very important to have African-American vintners producing quality wines to open the door and invite the black American community to fully embrace the pleasure of tasting, appreciating and drinking wine, good wine, and not necessarily the sweet juice that they have been wrongly stereotyped to drink for years. Things have changed and evolved for the better, in the United States, regarding wine drinking, over the last decade; white Zinfandel, Manischewitz, Mateus, Lancers, Rashi and other “sweet” wines by the gallon are not in favor anymore. Mostly white people have always predominantly made wine, but here as well things have changed since the mid 90s. And anyway, after all, wine is a joyful thing that everybody should be able to produce or have access to; no restriction or wrong preconceived and misinterpreted ideas should stop that.

Despite a few recent interesting articles (and videos) in local magazines and online, the subject of African-American vintners is rarely dealt about. Therefore, I’m proud to write this post, (my wife and kids being African-American, I have taken even more pleasure writing it) and to say that I bought for the store a few wines produced from a winery owned by an African-American family: Vision Cellars, led by its owner Mac McDonald; because they were very good and well crafted, not because they were a novelty or some kind of fashionable things to have in the store to show off.

No, I bought them, because the wines talked for themselves, they have great character and taste. It is after tasting the wines, while talking with my wine rep. about the winery, that I realized that an African-American family produced them. I’m proud to have them on the shelves, and it always triggers my interest to see the reaction of people when I tell them the story of the winery. I invite you to visit the winery website at www.visioncellars.com for more info. At the store we carry 2 of their Pinot Noir and a white. (http://www.heightschateau.com/catalog/product_search_results.php/search=dmlzaW9uIGNlbGxhcnM=)

The problem is the lack of information and wine education available about and toward the African-American community of consumers and producers. Therefore, it is important to know that there are huge efforts that have been done to counter this lack over the last ten years: 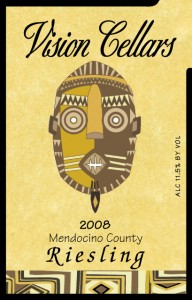 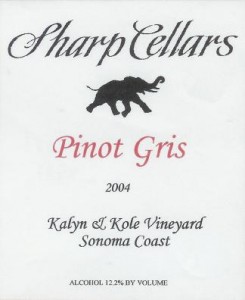 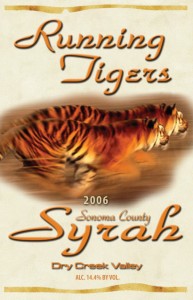 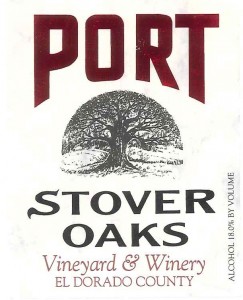 Here is another winery to discover:

Here is a list of links for very interesting articles that I didn't write but that I invite you to read and discover about African-American vintners and producers and other things touching this post subject (courtesy of each article's owner).


I hope that this post was helpful to discover new things about African-American vintners, producers and winemakers. The above links are only a few amongst many but I hope that, in addition to mine, they will inspire you to taste and appreciate these wines that you, may be, didn't know before.

There are surely other wineries owned by African-American family in the United States, therefore I invite you to leave a comment after this post with the names of these other wineries to share with me and complement for others the above list, which is by no means exhaustive.

Step into the Green! Drink more Biodynamic, Biologique and Organic wines and spirits and food) from sustainable culture and respect the environment! Support the right causes for the Planet and all the people suffering all around the globe! Also follow projects and products from the Fair Trade, an organized social movement and market-based approach that aims to help producers in developing countries obtain better trading conditions and promote sustainability. Also support 1% for the Planet, an alliance of businesses that donate at least 1% of their annual revenues to environmental organizations worldwide. "Commerce Equitable" or "Fair Trade" is evidently and more than ever a needed movement connecting producers and customers, to be aware of others and their cultural and traditional products based on high quality, natural components and craftsmanship.
Posted by LeDomduVin at 3:30 AM